Essential Oil definitionProduction calendarOur Essential Oils
What is essential oil?
An essential oil is a volatile oil derived from some part of a plant such as leaf, stem, flower or peel. Essential oil usually carries the odour or flavour of the plant. They are usually lipophilic compounds and, therefore, usually not miscible with water.

Some essential oils are nearly pure single compounds like wintergreen. However, the majority of essential oils is a combination tens or hundreds molecules.

The extraction of essential oils could be done by various processes, more or less long and/or expensive. One of the most famous extractions ways is the water or steam distillation. Other processes include cold pressing, for example for citrus peel oils, solvent extraction, supercritical fluid extraction (with CO2) and hydro distillation (for an overview of extraction click here).

A brief History
Although it is generally accepted that Rene-Maurice Gattefosse was the ‘founder’ of ‘modern’ day aromatherapy, there were many great herbalists and physicans who contributed much to plant medicine throughout the centuries and who inadvertently influenced aromatherapy as we know it today.

Hippocrates became the inspiration of, and influence on, one of the greatest Arab physicians of all time – Avicenna (980 A.D. – 1037 A.D.). Avicenna (also known as Ibn Sina) was accredited with the invention of the refrigerated coil in the distillation process of plants and made it possible to distil essential oils and floral waters (hydrosols). Although, distillation was in practice before Avicenna’s invention, the refrigerated coil improved the distillation process.

One of the plants which Avicenna researched and experimented with a lot was the rose (Rosa damascena). The rose was revered in the ancient Arab world and consequently the rose became on one of the first flowers Avicenna distilled with the refrigerated coil. 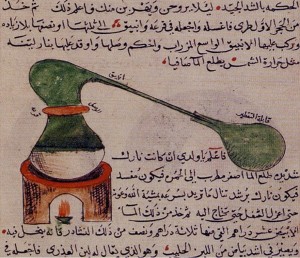 Today, Avicenna is still a great influence on modern day medicine and plant medicine and it is possible to study the healing traditions Avicenna and the Middle East in many healing and medicinal practices.

The Biological Role Of Essential Oils Within Plants
While essential oils are in the plant, they are constantly changing their chemical composition, helping the plant to adapt to the ever-changing internal and external environment. It is obvious to understand that the plants are producing essential oils with a variety of purposes, including:

To attract pollinators and dispersal agents

We all know that plant reproduction (and then their survival) is definitely linked to the action of pollinating insects. And to enhance this process, plants have developed many stratagems to attract them. We, as human, are attracted by plants and flower for various reasons such as their odour, colour or special shape. So do the insects. Here is one of the first purposes of the essential oil production by the plants. As we do, insects are attracted to specific plants for one of three possible reasons: its aroma, its color, or its morphology or physical structure. Various insects, including bees or butterflies are known to be attracted by the aroma of a plant.

To play a role in allelopathy, a type of plant-to-plant competition

Another purpose of the essential oil production is the competition. Indeed, as human, plants are fighting for the protection of their living pace. To do so, a plant will releases chemicals to prevent competing vegetation from growing within its living area. This phenomena is called “allelopathy”.

Eucalyptus has been extensively studied for its allelopathic effects of eucalyptus. Phenolic acids and volatile oils released from the leaves, bark and roots of certain Eucalyptus spp. have deleterious effects on other plant species which are trying to grow nearby.

To serve as defense compounds against insects, animals and other pathogens such as bacteria and fungus.

Plants, like other living things, need to protect themselves from various types of predators. Plants use terpenoid compounds to deter insects and other animals from approaching them. In his book “The biological role of essential oils”, Shawe described several intereing way used by the plants to protect themselves from potential pradators. For example, he stated that the presence of linalool in the citrus peel confers resistance to attack by the Caribbean fruit fly. He also wrote that the absence of instect in the peppermint is due to the essential oils. Another amazing example is provided by the Douglas fir tree. To defend itself against the spruce budworm, it releases a complex mixture of volatile oils, from their needles and even more fascinating, the plant understood that pathogens and predators could develop resistances. So, to avoid this, the Douglas fir trees never produce the same mixture (in terms of composition) every year and by doing so, this “smart” tree will decrease the ability of the budworm to develop widespread immunity to specific compounds.

Plants and trees will also release resins and oils to act as antimicrobial, antifungal, and antibacterial agents against a wide range of organisms that may threaten the survival of the plants. Compounds such as sesquiterpene lactones found in plants such as feverfew, yarrow, and blessed thistle, have been found to play a strong antimicrobial role as well as a protective role from herbivores.

Every oil comes on time 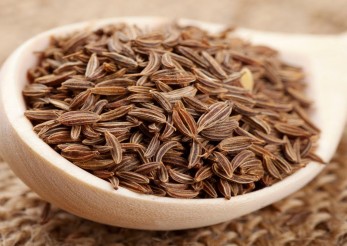 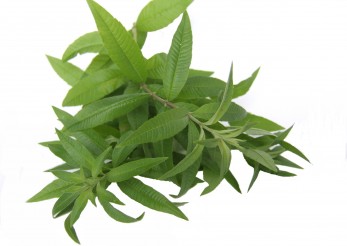 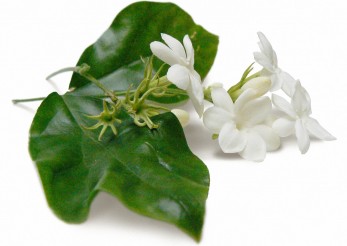